how much does a munchkin cat cost

How much does a munchkin cat cost – Munchkin Cat Facts

With the increasing popularity of the Munchkin Cat breed it’s a reasonable question to try and see how much does a munchkin cat cost to get well cared for Munchkin.

In short, the answer is there’s quite a range of prices for Munchkin Cats. You can get them from anywhere from around $50 to $3000 (or even free), but a good average range would be in the $500 – $1200 range depending upon many factors. Factors such as gender, color, location, purebred breeder or private seller are all important considerations for the price. Females tend to go for more because of their ability to produce a litter. Also, the closer to being a kitten the Munchkin Cat is, the higher the price. There seems to be a premium on vaccinated and healthy cats as well. It’s possible to adopt a Munchkin Cat from around $100 upwords for rehoming fees.

Munchkin Cats are my favorite breed, mainly because they are so cute. I have bought and sold Munchkin Cats for anywhere between $450 to $900, but that’s here in Thailand. 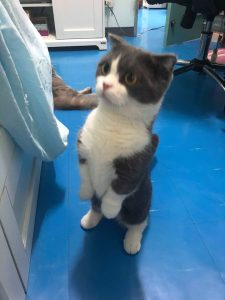 I have been doing some research to find out munchkin Cat prices in the USA mainly but they seem to be similar around the world. While researching I can across many ‘free’ Munchkin Cats, but most of the time they were much older cats, often well into adulthood. The most expensive from professional breeders in affluent areas ranged to $2000 and beyond. So there’s quite a price range.

In order to give you an idea of what you might be spending on a Munchkin Cat I searched the internet for an afternoon, looking at all sort of sites. Facebook, Gumtree, Craigslist, Petfinder and others, I went through a range of websites.

I was looking for sites where the Munchkin Cat was advertised well, and the advert had to give me a sense of how well the Munchkin was being treated. Bad grammar and poorly written adverts were discounted. As were ones that looked like scams.

Here’s a list for you of Munchkin Cats I found;

As you can clearly see, that’s quite a range, but there does seem to be a focus around the $500 – $1200 mark. It clearly depends on what type of Munchkin Cat you want.
Are these prices you will have to pay? These are just the advertised prices. While you shouldn’t really be trading one dealer off against another, it’s not a car, a little haggling i think is expected. Especially with private sellers. They may drop their price a little if they sense you are a serious buyer, and just as importantly, you will take care of the cat. Cat lovers don’t tend to like giving their animals to where they think they will be mistreated.

Does a Munchkin Kitten Affect how much does a munchkin cat cost ?

Yes. This is the most significant factor when determining the cost of a Munchkin Cat.

Obviously, Munchkin Cats of all ages will be bought and sold throughout the world. There are always Munchkins available for sale, however, most people seem to want a kitten. It’s just a fact of life, so Munchkin kittens are significantly more than adult Munchkins.

I found several Munchkin adult cats for adoption, or being given away for free because the owners were relocating and couldn’t take the cat. Because there is not as much demand for adult Munchkins as kittens, the price has to correspondingly drop.

This is a useful piece of information if you want to get a munchkin Cat for a lower cost. Adults over 3 years were often free or very low cost. 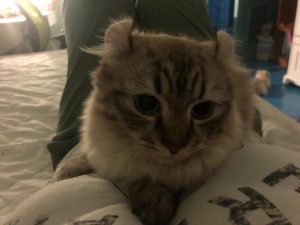 Does the Type of Seller Affect how much does a munchkin cat cost ?

This another very important factor in the price of Munchkin Cats. While a private seller, or even a private breeder does not have to have a large infrastructure behind them, or insurance, a professional cattery will.

For your money though, you often get a lot more. Although it’s always better to check, and review the individual cattery, Munchkins coming from a cattery will come with a few guarantees.

You will almost certainly get a vaccinated, microchipped, healthy and professionally raised kitten from a cattery. You will get certificates and the knowledge that it came from a reputable source. Often, the Munchkin Cats have been looked over by veterinarians as well.

Another cattery benefit is that you are much more able to select a specific breed of Munchkin, ie whether the father / mother is an American Curl, Persian, Ragdoll or Scottish Fold,

While a private breeder can often produce similar results, it’s just sometimes simpler with a professional cattery and they tend to have kittens available a lot of the time, not just when a female produces a litter.

Does Breed Affect the price ?

It can do, but perhaps not as you might imagine. The answer to this varies as well, around the world and with each individual and location.

Here in Thailand, both Persian and Himalayan Munchkin Cats are quite popular but around the world, I can’t say.

Beauty is in the eye of the beholder as they say. One thing I did notice with a lot of adverts is they weren’t overly clear on the breed, other than saying Munchkin.

This does affect the price quite a bit. It’s a little known fact that a Munchkin litter can produce normal legged cats, that look just like a ‘normal’ breed.

Of the last two Munchkin Cat litters that I raised, I had this result

With respect to price, I had to sell the normal legged Munchkin litter for around half the price. So the short legs are a determining factor when considering price.

Very short legs can get very expensive, especially when it’s with an exotic breed. This can often be double what you might normally see as a price.

As a seller of Munchkin Cats and having done some internet research I don’t think there’s much of a difference in price between a short hair and a longer haired kitten, all other things being equal.

While certain individuals care for it one way or another, they are present in an equal amounts, there just isn’t demand for one particular hair length over another.

You can probably guess this as well, as this fact is often absent from the adverts 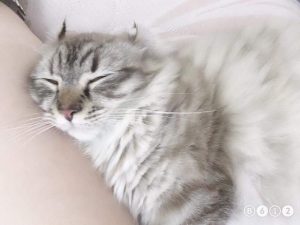 Does Gender Affect the price ?

Yes it can do, but depends a lot on the buyer.

Quite a lot of people don’t seem to care, whether they get a male or female, but some people specifically want female Munchkin Cats as munchkin litters can be produced.

Sometimes I have had to sell Munchkin male cats for around ⅔ of the price that I might have got for a female Munchkin.

Professional catteries don’t seem to have much of a difference in price, but I saw quite a few private seller adverts where the seller wanted more for the female kitten as opposed to the male kitten.

So the answer on this one depends on where you want to get your Munchkin Car from.

From what I have seen and read this does have a small impact. Currently blue seems to be a very popular color, or blue/silver.

Whereas black, white, tortoiseshell, and tabby are also quite desirable.

It’s pretty much unclear whether it has a very significant impact on price. It’s usually a specific buyer preference.

Other Factors That May Influence munchkin cat price

Aside from the main factors, there are other things to consider when purchasing a Munchkin Cat.

If the breeder is a well known and reputable pedigree with authentication from TICA then you could well see a price premium. The extra cost will ensure that the breeder reputation may be tarnished with below par results. You will get every benefit conceivable as well. You will almost certainly be vetted yourself as a prospective new owner.

The confluence of expensive factors will have an impact. If you don’t mind gender, age, or pedigree then the price will be a great deal cheaper than if all those things matter to you.

Obviously location is also another important factor you will want to consider. Breeders and private sellers in expensive cities can often have an impact.

Generally speaking the more things come ‘free’ the higher the price. With free health certificate, microchipping, documentation, vaccinations and a year’s insurance you will likely be paying that in the cost of the Munchkin Cat.

Other Costs of Owning a Munchkin Cat

Besides the cost of purchase, there’s also all the ancillaries you may want to consider, although these factors will be similar for other cat breeds.

The cost of feeding your Munchkin Cat won’t be much different than any other cat breed, perhaps running between $25 – $50 per month.

With a lifespan of around 12 to 14 years, and this being an average in the cat world,

You may also want to consider health insurance for your Munchkin and may need to get the vaccinations done for your ‘cheaper’ advertised cat price.

Your new Munchkin may also need food bowls, toys, litter trays and the like. Maybe even a bed for his/her weary head.

Also, don’t forget your Munchkin Cat may need to be shipped to you. The cost for this can range quite a bit but I’d budget around $300 to $400 for it. Really depends how close it is. 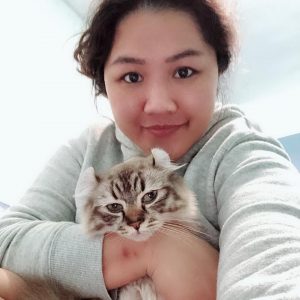 Munchkin Cats are great companions to any household. They are very playful and adorable as well as adorable and cute. You should definitely want one for your home.

Their price can vary enormously depending upon your specific requirements. An older male will be a lot less than a purebred female kitten from a professional breeder.

Quite a lot of the advice I see on the internet seems out of date, and the low end price ranges were very suspect, however prices did not vary much from country to country. The price of Munchkin Cats in Florida was similar to prices seen in London or Singapore.

The main factors appear to be gender, a reputable cattery breeder and very short legs. The less important factors are things like color and hair length.

The range was from around $50 for a rehomed pet that could not go to the owners new home to several thousand dollars for a female kitten that came with vaccinations, health checks, documentation and was microchipped,

It’s important to look at any advert with your eyes open and trust your gut feelings. Any advert should be well presented, with good English and grammar with a lot of pictures. Many adverts did not look great, and this somehow imparts on to how much the Munchkin might have been well treated.

Some adverts were lovingly crafted and gave a sense of a well cared for animal. Ironically only around 20% of the adverts mentioned price.

As referred to earlier, a good healthy kitten from an advert should be around $500 upwards but there are many factors that may be important to you.

I wish you the best of luck hunting for your new Munchkin Cat.